Ranveer Singh Bhavnani (born 6 July 1985) is an Indian film actor who appears in Hindi films. After completing a bachelor’s degree from Indiana University, Bloomington. Singh returned to India to pursue a career in film. He made his acting debut in 2010 with a leading role in Yash Raj Films’ romantic comedy Band Baaja Baaraat. The film emerged as a critical and commercial success, earning Singh a Filmfare Award in the Best Male Debut category.

Singh went on to star in the romantic drama Lootera (2013), Sanjay Leela Bhansali’s tragic romance Goliyon Ki Raasleela Ram-Leela (2013), his biggest commercial successes to that point, and in the action-drama Gunday (2014). In 2015, he starred in the ensemble comedy-drama Dil Dhadakne Do (2015), and portrayed Bajirao I in the historical romance Bajirao Mastani, one of the highest-grossing Bollywood films, for which he garnered critical acclaim and won the Filmfare Award for Best Actor.

Singh was born on 6 July 1985 into a Sindhi family to Anju and Jagjit Singh Bhavnani.  His grandparents, Sunder Singh Bhavnani and Chand Burke, moved to Mumbai from Karachi, Sindh, during the Partition of India. He has an elder sister named Ritika Bhavnani. Singh is the maternal cousin of actress Sonam Kapoor and producer Rhea Kapoor, daughters of actor Anil Kapoor and wife Sunita Kapoor (née Bhavnani). Singh explains that he dropped his surname Bhavnani, since he felt that the name would have been “too long, too many syllables”, thus downplaying his brand as a “saleable commodity”.

Singh always aspired to be an actor, participating in several school plays and debates. Once when he had gone for a birthday party, his grandmother asked him to dance and entertain her. Singh remembers that he suddenly jumped in the lawn and started dancing to the song “Chumma Chumma” from the 1991 action film, Hum. He felt the thrill of performing and was interested in acting and dancing. However, after he joined H.R. College of Commerce and Economics in Mumbai, Singh realised that getting a break in the film industry was not at all easy, as it was mostly people with a film background who got these opportunities. Feeling that the idea of acting was “too far-fetched”, Singh focused on creative writing. He went to the United States where he received his Bachelor of Arts degree from Indiana University.

At university, he decided to take acting classes and took up theatre as his minor. After completing his studies and returning to Mumbai in 2007, Singh worked for a few years in advertising as a copywriter, with agencies like O&M and J. Walter Thompson. He then worked as an assistant director, but left it to pursue acting. He decided to send his portfolio to directors. He would go for all kinds of auditions, but did not get any good opportunities, while only getting calls for minor roles: “Everything was so bleak. It was very frustrating. There were times I would think whether I was doing the right thing or not.” 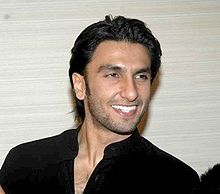 Singh at a promotional event for Band Baaja Baaraat in 2010

In January 2010, Singh was called for an audition by Shanoo Sharma, the head of the casting division for Yash Raj Films. They informed him that it was for a lead role in their film titled Band Baaja Baaraat, a romantic comedy set in the world of wedding planning. Aditya Chopra, the vice president of the company, later saw the audition tapes on video and was impressed by Singh’s acting, and decided that he fit the part of Bittoo Sharma, the hero of the film. However, the director Maneesh Sharma needed some more convincing and he was called for a few more auditions over the next two weeks until they were completely convinced of his caliber. After the two weeks of testing, Singh was confirmed for the role of Bittoo, with Anushka Sharma playing the female lead.

Singh described the role of Bittoo Sharma as a typical Delhi boy. To prepare for the role, he spent time with students at the Delhi University campus. Prior to the release of the film, trade analysts were skeptical of the film’s commercial potential, citing the middling response to Yash Raj Films’ last few productions, the lack of a male star and the fact that the female lead, Anushka Sharma, was by then an “almost-forgotten” actress. However, Band Baaja Baaraat went on to become a sleeper hit. Singh’s portrayal of Bittoo was praised, with Anupama Chopra of NDTV writing that Singh was “pitch perfect in the role of the uncouth but good-hearted small town slacker who is a bit of a duffer when it comes to matters of the heart. The film earned approximately 214 million (US$3.2 million) at the domestic box office. At the 56th Filmfare Awards, Singh won the award for Best Male Debut.

Following Band Baaja Baarat, Singh signed on for Ladies vs Ricky Bahl, a romantic comedy produced by Chopra and directed by Maneesh Sharma. He played a conman Ricky Bahl who cons girls for a living but finally meets his match. The film co-starred Anushka Sharma, Parineeti Chopra, Dipannita Sharma and Aditi Sharma. According to Singh, the title character had various avatars in the film, including a chirpy, entertaining side and a sinister side. Nikhat Kazmi of The Times of India wrote, “Ranveer is, well Ranveer: your average Joe kind of hero who looks convincing enough as Sunny, Deven, Iqbal, Ricky, his sundry avatars.” Commercially, Ladies vs Ricky Bahl earned 370 million (US$5.5 million) domestically.

Singh’s next release was Lootera (2013), a period romance, written and directed by Vikramaditya Motwane, and co-starring Sonakshi Sinha. An adaptation of O. Henry’s short story The Last Leaf, Lootera was critically acclaimed. Rajeev Masand of CNN-IBN wrote that Singh “brings a quiet sensitivity to Varun, and occasionally a smoldering intensity. Offering a finely internalized performance, he leaves a lasting impression.” However, Lootera performed poorly at the box office. 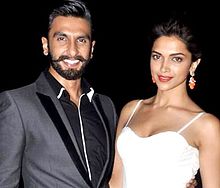 Singh next starred opposite Deepika Padukone in Sanjay Leela Bhansali’s adaptation of William Shakespeare’s Romeo and Juliet, entitled Goliyon Ki Raasleela Ram-Leela, in which he played Ram, a Gujarati boy based on the character of Romeo. Bhansali was impressed by Singh’s performance in Band Baaja Baaraat and decided to cast him for the film. Goliyon Ki Raasleela Ram-Leela generated positive reviews from critics, as did Singh’s performance. Writing for India Today, Rohit Khilnani commented that “Singh has everything going for him here. His Bollywood hero entry scene lying down on a bike in the song ‘Tattad Tattad’ is outstanding. He learnt a new language to better his performance for the character Ram and it paid off. In his fourth film he has the presence of a star.” The film emerged as Singh’s biggest commercial success, with worldwide revenues of 2.02 billion (US$30 million). For his portrayal, he received several recognitions, including a Best Actor nomination at Filmfare.

In 2014, Singh starred as a Bengali criminal in Ali Abbas Zafar’s Gunday, alongside Arjun Kapoor, Priyanka Chopra and Irrfan Khan. David Chute of Variety praised Singh’s screen presence and wrote that he “tucks the movie’s center of interest under his arm and takes it with him — even though he has the could-be-thankless “good brother” role”. Also, Singh’s chemistry with Kapoor was considered by critic Rohit Khilnani to the prime asset of the film. Gunday proved to be Singh’s biggest box office opener, and eventually emerged a box-office success with a revenue of 1 billion (US$15 million) worldwide. After a cameo appearance in Finding Fanny, Singh starred as a gangster in Shaad Ali’s unsuccessful crime drama Kill Dil opposite Parineeti Chopra and Ali Zafar and received negative reviews.

In Zoya Akhtar’s ensemble comedy-drama Dil Dhadakne Do (2015), Singh starred with Anil Kapoor, Shefali Shah and Priyanka Chopra as the younger sibling of a dysfunctional Punjabi family. Writing for Mumbai Mirror, critic Kunal Guha found Singh to be the “surprise element” of the film; he praised his “immaculate comic timing” and particularly noted on the subtelty of his performance. The film further was an economic success, grossing ₹1.47 billion (US$22 million) worldwide within seventeen days of release. Singh next reunited with Sanjay Leela Bhansali for the epic romance Bajirao Mastani (2015) opposite Deepika Padukone and Priyanka Chopra. He portrayed Bajirao I, for which he shaved his head and locked himself up in a hotel room for 21 days. Raja Sen in his review mentioned: “Ranveer Singh brings his character to life and does so with both machismo and grace, his Peshwa Bajirao slicing down soldiers like a lehnga-clad golfer wielding a too-sharp niblick. The film was a box-office success and Singh won the Filmfare Award for Best Actor.

As of July 2016, Singh has completed work on Aditya Chopra’s romance Befikre in Paris, opposite Vaani Kapoor. In addition, he has committed to star in Sanjay Leela Bhansali’s Padmavati, a film based on Rani Padmavati, along with Deepika Padukone and an untitled Rohit Shetty film, co-starring Tamannaah.

Singh is the recipient of two Filmfare Awards: Best Male Debut for Band Baaja Baaraat (2010) and Best Actor for Bajirao Mastani (2016). He has received an additional Best Actor nomination at the ceremony for Goliyon Ki Raasleela Ram-Leela (2013).